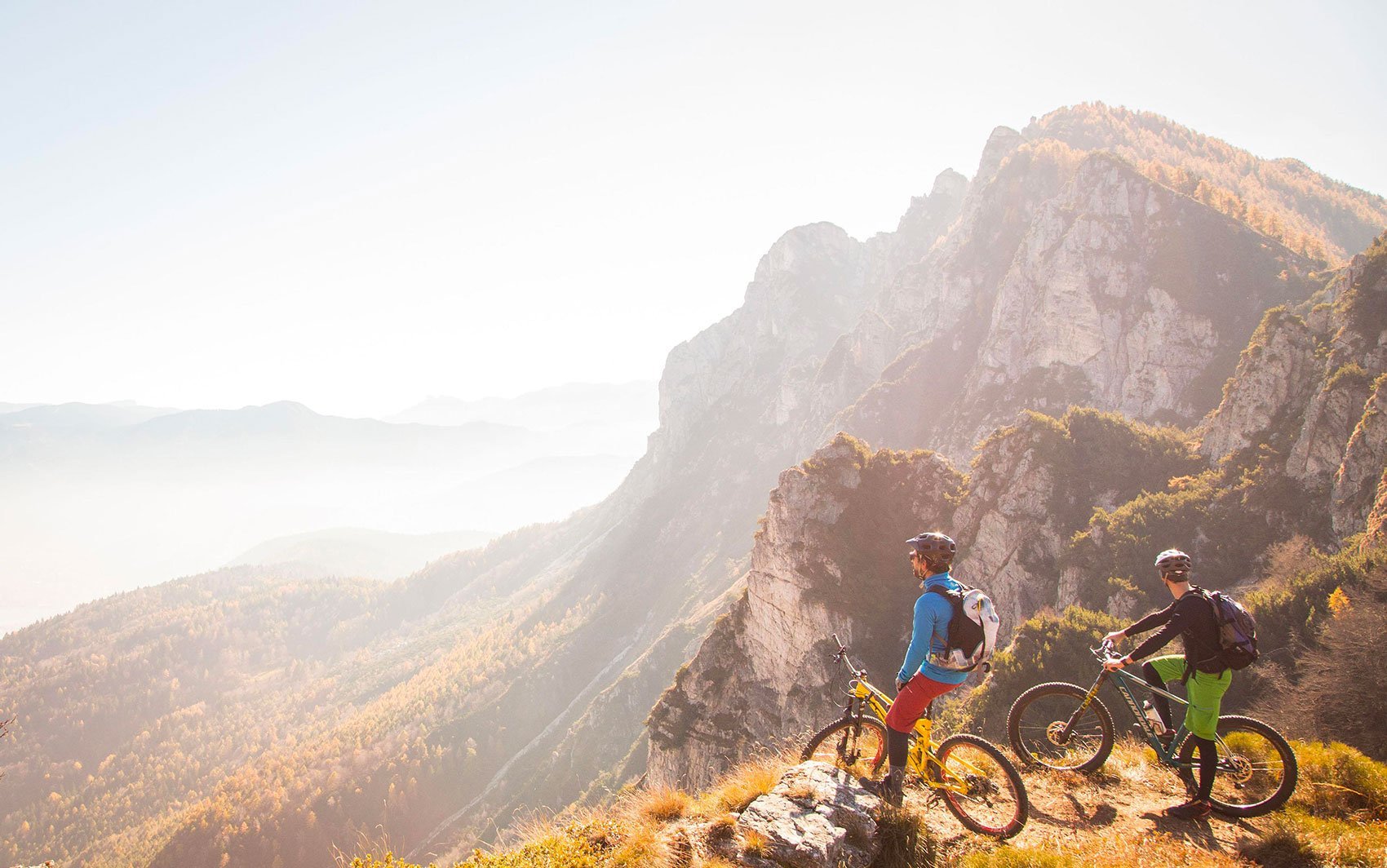 from Lake Garda along Sarca River and across Valle dei Laghi: pleasant cycling with some final ascents.

The cycling path starts in the area of Lake Garda, strictly speaking in the west of Torbole at Linfano, where the Sarca empties into the lake. Directly connected with the cycle track Riva – Torbole – Mori, we proceed along the river underneath the Monte Brione in the surroundings of Arco. The charming village with its homonymous castle is absolutely worth visiting and is also a perfect place for a coffee or ice cream. The cycling track proceeds towards north, to Ceniga and Dro.
The route take right across the centre of the two villages, before it proceeds across the vineyards and olive orchard. On the eastern side of the valley, there is Castel Drena guarding the area, then the cycle path takes past a stone desert, the so-called Marocche di Dro, a remnant of glaciers in their retreat.

Out of the forest, we proceed to the vineyards of Pietramurata. After having traversed the village, the track proceeds to Sarche, where a narrow gorge branches off towards west to Ponte Arche and Tione. Then the section that has not yet been completed follows, for this reason cyclists need to proceed on the often much-used Gardesana road or its side roads. These kilometres might be less impressive, but you can enjoy a great view on Lake Toblino with its romantic castle at the lakeside. At Vezzano, which can be reached after a little ascent, we proceed on the signposted track to the lakes of Terlago, where the cycling path ends at the moment. A connecting path to the city of Trento is planned.

YOUR STAY AT HOTEL VEZZANO

Book your stay at the Hotel Vezzano. Experience what we have to offer. The staff will be happy to help you with sightseeing options and trips.

FIND US ON GOOGLE MAPS

how to reach us

BOOK YOUR STAY. We look forward to welcoming you.